Ancient Archive (エンシェント アーカイブ, Enshento Ākaibu) is a Holder Magic used primarily by Mathilda Barbatron. Despite sounding similar to Archive, Ancient Archive is quite a different Magic altogether and operates in a completely different manner. The name stems from the archaic-looking mediums of this Magic, which are scrolls, and the fact that the spells used against this Magic is essentially archived. Using a wide variety of scrolls to seal away spells to be reused on a later occasion, it is quite useful against other Mages, particularly Caster Mages.

In order to properly utilize this specific kind of Magic, there are several requirements that have to be in place. The first requirement, is a large amount of scrolls. In the case of a single spell, one will usually suffice. The second is the skill to place Eternano into objects and specfically, these scrolls. The final requirement includes writing the name of the spell one intends to seal inside the scroll before sealing it shut. For an experienced Mage, fulfilling the two former is fairly easy. It is actually the third requirement which is the most difficult one to fulfill. Writing esoteric symbols in rapid succession is not a Mage's skill per se, hence why most Mages fail at mastering this spell. This also explains why this Magic is considered rare; many know of its existence, but are simply too slow writers to even consider using Ancient Archive. When this Magic is employed in practice, which is done in rapid succession, the user brings out an unused scroll, channels Eternano into it and seals it shut by compressing Magic into the end of the scroll. The scroll is now prepared to absorb an incoming spell. However, since it is still blank inside, it cannot be used in combat. It needs to absorb a certain spell in order to be useable. And for the spells to be stored inside the scroll, the spell's name needs to be written inside the scroll. This essentially means that the caster may never use this against an unseen spell. However, any spell repeatedly used will essentially be neutralized against a powerful user of Ancient Archive. Slayer Magic which relies on a few powerful spells, as an example, will have a difficult time coping with the sheer versatility of Ancient Archive. However, since the user only unleashes the spells, not controls them, they are at a disadvantage when it comes to raw power. However, it should also be noted that this particular Magic is not capable of sealing all kinds of Magic. Body Magic, such as Take Over and Keratin Body, cannot be archived in the scrolls as that would require sealing the caster away as well; a feat which the scrolls are incapable of achieving. In addition, the Black Arts are also considered to be superior to this kind of Magic and are therefore off-limits. But strangely, it appears as if Curses are fair game and can still be subjected to sealing due to their similar structure to regular Magic.

Despite the apparent disadvantage in terms of power and the ability to properly control the spells, the sheer versatility this Magic offers is not to be overlooked. Its capacities allow it to seal away virtually any spells cast in the direction of the user with ease. However, the process is far more intricate than it seems. Despite the speed and precision of Mages who utilize this Magic as their primary means of combat, it is difficult for inexperienced users to even dream of using Ancient Archive against skilled Mages. The process of utilizing the spell forces the user to unseal the scroll, write the name of the spell directed towards one, then apply Eternano into the scroll, which causes the letters to glow blue momentarily and finally absorb the spell into the scroll. Soon thereafter, the user will have to seal the scroll shut again with their Eternano. By removing the seal of the scroll and unfolding it, the user will unleash the spell stores inside. Afterwards, the scroll will once more be blank; ready to be used over again. However, some of the scrolls may actually contain the spells permanently, but there are several requirements existing in this case. For starters, the spell sealed cannot consume too much magical power from the user. Thus, this is quite relative to user. Some are only capable of sealing spells of extremely low power, while others are capable of sealing spells with moderately high firepower. The second requirement is that the user needs to seal the scroll with a special seal. Altering the flow of the Eternano, the user will produce a wax-like seal with the symbols 特別 (Tokubetsu, lit. Special). This is the seal indicating a permanently useable spell. Finally, the user needs to make sure to seal the scroll with the same Eternano flow after using it. If not, the scroll will still be useable one more time, but only once, as the seal turns into a regular seal again. If the process is executed correctly, the scroll will sport a permanent usage. It should also be noted that some users have a difficult time distinguishing the scrolls from each other. But once a spell is sealed inside a scroll, the exterior of the scroll will change its color to match the color the user associates with the kind of Magic that the spell belongs to. Traditionally, a Fire Magic spell would be red in terms of color, while a Water Magic spell would be aqua.

Despite this, however, the scrolls may still be destroyed by powerful Magic, such as fire. Because the scrolls are vulnerable to any common damage, this Magic is usually utilized in tandem with Requip in order to properly store them and keep them out of harm's way. In addition, the dimensions provided by Requip keep the scrolls stored safely as well. Since an experienced user will accumulate quite a few scrolls during the course of their lifetime, storing them in a pocket dimension will free up a lot of space in one's living quarters. However, this does not usually not make the scrolls resistant to damage. It is therefore common to cast protective charms on the mediums to make them resistant to other kinds of Magic. It should also be noted that a skilled caster of this Magic would be able to combine different scrolls to invent new spells similar to Unison Raid. However, since the caster is alone, less Magic is required to combine. In fact, one may regard advanced Ancient Archive spells as some sort of Magic chemistry. Some spells compliment each other to create new and more powerful ones, while other combinations are disastrous and potentially lethal for the caster. With even basic elements, powerful combinations can be employed to overwhelm powerful opponents. Because the caster of Ancient Archive may use virtually any spell available, this section will detail the known copied spells and the advanced combinations employed by some users. In fact, the Caster may create impromptu combinations during combat by summoning multiple scrolls and combining their Magic. But seeing as certain combinations consist of incompatible Magic, it is often risky to use combinations in combat without trying them out on beforehand. 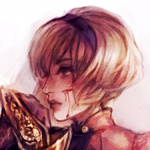 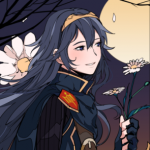