Dragonborn (竜天成, Ryūtensei) is the after effect inflicted upon a Dragon Slayer due to prolonged usage of Dragon Slayer Magic. While many foresee this forthcoming as a setback, masters of this ability instead treasure it as a burden of strength bestowed upon them in the name of the greater good, for it allows them to invoke the transformation of a Dragon at will. It has been noted that bathing in the blood of a Dragon increases the likelihood of contracting this curse.

Dragonborn is the term coined to the ability of a Dragon Slayer to activate a Dragon-esque transformation, a result of not being so fortune enough to have developed the antibodies provided by the Dragon Soul Seal. With proper training, some Dragon Slayers, such as Silvius Alvar, have come to possess a degree of control over the transformations, converting aspects of their physical likeness to portray that of an actual Dragon, whether it be a partial mutation, or, not unlike the former Dragon King himself, Acnologia, a complete Dragonic Transformation. It would also not be farfetched for one to come upon the assumption that Silvius' human form is no longer his true identity; for he is now but a Dragon, one who has since taken to impersonating a human.

When a mere human elopes himself in the vast tranquilities of taming the might of a Dragon, horrendous consequences are to take place without question. For, this is ultimately the cost of harboring such power on a consistent basis. Naturally, the preliminary stage incorporated within the elements of conceiving this breed of Slayer Magic is none other than intent; the human scarifies himself to the Dragon in a quest to obtain greater power, knowing all too well that such a route would eventually lead to their swift demise, through the form of an unauthorized transformation.

The birth of a Dragon is a truly extraordinary sight to behold; yet, humans alike resent this physical alteration, coming, even so, to regret ever having ventured into the depths of Dragon Slaying Magic. However, modern circumstances would instead foretell the blasphemy of Dragons themselves willingly complying to act as a tribute in the place of their beloved "children"; such an act develops antibodies within the human, annihilating the possibility of ever reaching the heights of a true Dragon. Nowadays, the only such transformations that take place come with those whom are deemed of being apart of the "Second Generation", as they instead received their Magic through a Lacrima, and thus, lacked any forefather who would have sacrificed himself to develop antibodies. A prime example of this context is Erik, none other than the famed "Cobra" of the Oracįon Seis, whose hands and arms turn to claws and scales, respectively, when his Dragon Slayer Magic comes into play. 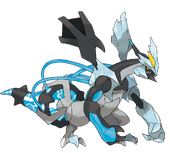 Soul Caliber (霊器, Reiutsuwa): Bringing to unison aspects of man and dragon into a perfected humanoid state, Soul Caliber is the final transformation attained by Silvius Alvar, a feat deemed so very vile that he was asserted the epithet Bane of Order (痛み規律, Itami no Kiritsu) by the likes of Zeus, the Almighty wielder of Sky and Thunder, who has since grown to fear the possibility of Silvius potentially overthrowing him as the overseer of the skies. According to the aforementioned God, the horrendous power bestowed upon Silvius in this state is great enough to bring about a disturbance to the balance that exists within the lower premises of Earth Land, so much so that readings of the power level are said to seep into the heavens themselves.

The transformation was attained by Silvius many centuries ago at the conclusion of his decisive battle against Aerogan, the revered Sky Dragon God ( 天竜神, Tenryū no Kami). Defeating the dragon and forcibly assimilating its soul into his own being with the use of the Dragon Soul Technique, he found himself with the newfound ability to garner a second breed of Dragon Slaying Magic, establishing an alternative method to transfer Magic to another individual without the aid of a lacrima. For all the right reasons, this individual aspect bears striking resemblance to the Primal Dragon Mode; however, in contrast, the user bears the soul of a dragon in its entirety, whereas the latter ability makes do of remaining fragments.

Soul Caliber is invoked when Silvius accesses the soul of Aerogan laying dormant within him, which in turn causes the dragon's soul to merge with his own, a feat that is not unlike the properties of Unison Raid, albeit instead of spells being merged with another, it is the souls of dragons that are being trifled with; Silvius' soul was converted into that of a dragon's due to prolonged usage of Dragon Slaying Magic as well as his immediate possession of the Dragonborn ability. Likewise, it is due to this exact transformative prowess that he is even able to undergo Soul Caliber in the first place. Silvius likens Soul Caliber to being his most formidable state of being, claiming to have transcended from the likes of a "Dragon King" into a "Dragon God" as apart of his evolution.

Retrieved from "https://fairytailfanon.fandom.com/wiki/Dragonborn?oldid=410187"
Community content is available under CC-BY-SA unless otherwise noted.