Dragoon Spirit (竜騎兵気迫,Ryūkihei Kihaku) is a Lost Holder Magic started to have been born during the great war.

A Dragoon Spirit is the essence of a Dragon's soul taken form in a crystallized colored stone. Each stone appears vastly different then another and offers unique abilities. The stones are known to have some form sentience, as they often choose their master. Once a master is chosen, the stone will enter their body, becoming a new magic source. It is stated that the stone is powered by the users magical energy. Each stone, gives the user access to an elemental ability that was possessed by the dragon. While typically, the user is given access to an elemental ability. At times it can provide the user with different abilities. Due to its appearance and abilities, it is often mistaken for a Dragon Lacrima.

Is an advanced ability similar to that of a Dragon Slayer's, Dragon Force and that of Requip magic. To activate Dragonic Equip the user will flood the crystallized essence within them with their own magic. The user will continue do this, essentially overloading it to the point it produce a large magical explosion, usually in the shape of the dragon that created said essence. From here, the user will forcefully constrain and solidify the energy around their body. Doing this materializes armor around the user, the armor itself often symbolizing the original dragon. The strength and durability of the armor as well as they length it can used it determined by the strength of the user. When active, the user gains a great increases in the own physical abilities. While in use, the users the armor greatly increases the potency of the users magic. 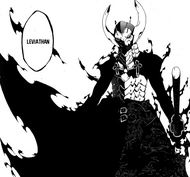 Retrieved from "https://fairytailfanon.fandom.com/wiki/Dragoon_Spirit?oldid=468007"
Community content is available under CC-BY-SA unless otherwise noted.