Start a Wiki
Earth Devil Slayer Magic (DJ) is property/protected of DJ-Sama and requires my absolute permission to be edited or altered in any way, shape, or form.

The user has discovered that he can modify the properties of his element from having immense power that can blow a house to where he can use it to cut it in half, or make it full of holes. Another ability that he possesses is that he can, by a flick of his wrist move the ground around him and control it at will. There is also another ability that has the same process and that is that he is able to produce huge amounts of earth from his hand and blow his opponent like with a whip. In addition, he is able, by merging a couple of layers of earth to make an earth strong enough that it can withstand attacks for some quite some time. It can be used for offense and defense.

The mage of this form is very muscular man, which can help him with some spells that he uses. There are three steps of use's that the user has to learn before becoming a complete master of this style. Steps to go from low to high with an average in the middle. The first step is learning how good can one control only earth in various ways, from making small waves of earth to making huge that can easily cover a village. This category also includes the speed that one can generate and use earth. Second level is average and it consists of not only of earth manipulation, but also rock and dirt too. The third and the final level is mastering all these steps as well as discovering the strongest form of this style. All these steps can be only achieved by hard work, because after the book of earth teaches a mage this form of Devil Slayer Magic, its up to him to learn all of it possibilities. 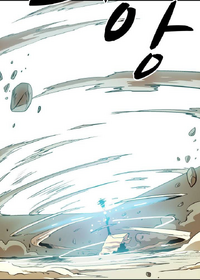 Retrieved from "https://fairytailfanon.fandom.com/wiki/Earth_Devil_Slayer_Magic_(DJ)?oldid=230928"
Community content is available under CC-BY-SA unless otherwise noted.