Four Imperial Treasures (四御物, Shigyobutsu) also known as the Four Treasures of Tuatha Dé Danann (四御物トゥアハ・デ・ダナーン,Shigyobutsu no To~uaha de danān) are a set of magical items used by the people of Tír na.

According to the legends, the four treasures were given to the people of Tír na in their time of need by their savior, Tuatha Dé Danann. 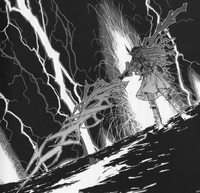 Seihaiju (聖灰樹, Sacred Ash Tree) also referred to as the Ash Blade (灰剣,Haiken) known as the first weapon given by Tuatha Dé Danann. It appears as a two and a half meter ash tree branch, pieces of steel intertwining with each other from the end of the handle forming a blade. The tip of the it is not a sharply pointed blade like on a knife. It's broad blade with designs that somewhat looks like intertwining branches. 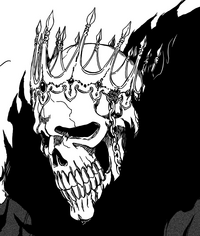 Retrieved from "https://fairytailfanon.fandom.com/wiki/Four_Treasures?oldid=382094"
Community content is available under CC-BY-SA unless otherwise noted.