Ice Devil Slayer Magic (氷の滅悪魔法, Kōri no Metsuaku Mahō) is a caster and form of Devil Slayer Magic that utilizes "unholy ice" from the coldest regions of the nether world. Created and designed for the sole purpose of slaying devil and demonic entities, cold rebellious to the mortal flames.

This branch of Devil Slayer Magic allows the user to utilize the very principles of the cold, and apply them in whatever application they see fit. Ranging from Ice itself to cold energy or any of the various other states of snow, sleet, hail, and super cooled air. Giving Sub-Zero a limitless offense, defense and even combine methods of one into the other. In embracing this Magic, Raido underwent having his magic "modified" by one of the Books of Zeref, which contained notes on how to obtain Magic Barrier Particles (魔障粒子 Mashōryūshi).

Having undergone this process, his magic origin was drastically modified to became more "demonic" in nature; allowing him to wield Devil Slayer Magic. These Magic Barrier Particles now flow within his magical origin removing him from being affected by such a deadly toxin. Due to the modification of his magic and it's heavy use of Anti-Magic Particles his magic becomes extremely toxic and deadly to feed on by his counterpart slayers, contaminating them and eating away at the eternano and magic with within their bodiee. Causing internal bleeding among magic deficiency disease, as well as have their magic weakened, without a concouted cure to combat the particles it can cause death.

The magic has granted the already powerful Croymancer a dramatic boost in his Cryokinesis abilities. Enhancing his ability to freeze to astounding temperatures. Ranging from the ability to freeze everything from alcohol at −114 °C; −173 °F; 159 K, to freezing iron and steel at −135 °C; −92.7 °F; 188.8 K. Allowing him to freeze targets brittle to the shattering point, induce hibernation within individuals and shut down the body to it's lower functions. Cause deathly levels of fourth degree Frostbite and hypothermia. Using the colds ability to numb pain affect the bodies perception and reaction time, rob areas and enemies alike of bodily heat faster than their body can compensate. Cause hallucinations and shut down bodily functions as he tightens his grip on the atmosphere, plunging temperature well below habitable limits halting the flow of blood through the bodies circulatory system and even freezing the spinal fluid from the brain itself for catastrophic results.

His effects on the ecosystem are devastating bringing about Sub-Zero temperatures and bone-chilling weather. Equally deadly are the injuries and wounds he can subject his enemies too, mass less ice to create grievous wounds and blunt trauma force with the incredible density of the ice, Freezing enemies solid down to their very blood in their veins. The ice has shown itself rebellious to all sources of mortal flames, seeing as a multiple forms of mortal flame based slayers have failed to melt the ice. Among them are Phoenix, Dragon and even God Flame slayers were incapable of melting it, even the strongest of flames have came upon its equal and melted the ice albeit a great deal of intensity. This Magic is said to create an deadly aura around him know as the Zero Aura a purple vapor like mist that constantly emits of his body when his magic is active.

Having mixed his Slayer magic with various forms of marital art Raido has been known to instantly freeze people via physical touch or by countering their moves by coating his body with a sheet of ice that flash freezes opponents who come in contact with him. Making barehanded strikes and forms of close combat without a weapon extremely unreliable. When combined with Cryokinesis he can reform and reshape the ice to his discretion in the middle of battle and on the fly. Shaping it into what he pleases or fits the situation and attacking from any side at any given time or direction.

Frostbite Decree (, Furosutobaito Dekurī lit. Supreme Commands of the Ice Devil King): Being a wielder of a unusually powerful ice magic Raido has broken down the processes of which he makes use of them. Training not only his mind and body but also his magic. Having teamed up with Tartaros he has learned darker ways to utilize his magic to increase his threat level as well as combat expertise and attacks. Going by the 4 degrees and stages of frostbite Raido has learned to rather than focus his power in the form of a magic aura affecting temperature rather than pressure. He has gone on to instead focus on the level of cold and frostbite he can unleash on a person at one time. Each degree deadlier than the last they each represent a different stage of frostbite and the damage that can be done. From simply damaging the skin to necrosis and cellular damage which would cause gangrene and amputation. Among other things death if left untreated. Simply put these are the rules of frostbite combat that Raido has created in dealing with different classes of enemies both human, demon and whatever else. Mastering the varying levels of cold and never using more than what is needed in a situation. 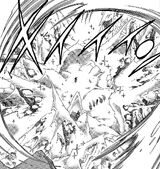 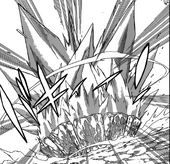 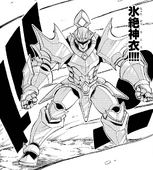 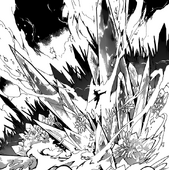 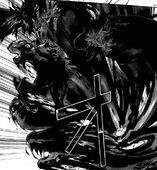 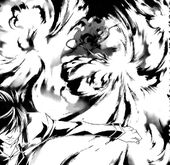 Retrieved from "https://fairytailfanon.fandom.com/wiki/Ice_Devil_Slayer_Magic_(Six)?oldid=570569"
Community content is available under CC-BY-SA unless otherwise noted.