Lightning-Make (, Raitoningu Meiku lit. Lightning Molding Magic) is a Caster Magic and Molding Magic, as well as a Subspecies Magic of Lightning Magic that utilizes the element of lightning to create various constructs in accordance with the caster's willpower and imagination. While underrated among the variety of obscure magic such as Dragon Slayer Magic, God Slayer Magic and similar Lost Magic, it can be considered one of the most versatile forms of magic in existence.

Lightning-Make is a newly created Magic as the concept behind the magic was often derailed as impossible and simply ineffective by many magicians. However thanks to a certain electrifying philosopher, the dream has ceased being nothing but a meme and now magicians are capable of forming various constructs such as weaponry and other supplementary items to fight against their opponent or maneuver around. In any case, when inducing the activation sequence for Lightning-Make, the caster focuses their energies intently, before pulsing the magical energy hewn from their Magic Origin outwards rather subtly, forcing domination over all eternano ambient within the atmosphere as they induce the usual fusion of magical energies and eternano; from here, the caster, through their mental commands alone, modifies the conceptional properties of those arcane properties as to transmogrify their very existence into that of electrons, which are a subatomic particle, with a negative elementary electric charge and may move almost at the speed of light. Electrons are known to take part in various fundamental interactions, not limited to but including gravitational, electromagnetic, and weak interactions, constantly generating electricity that powers various appliances such as radios, motors, and many other things. In accordance to their willpower, the caster is able to alter the movements of these electrons in any way that they wish, resulting in the full power of Lightning Magic manifesting as the ability to do anything as long as it involves electricity, presence and flow of electric charge, being a form of energy that comes in positive and negative forms, that occur naturally or is produced; controlling, generating, and absorbing electric fields, a vector field that shows the direction that a positively charged particle will move; utilizing electricity, but more specifically, lightning; however, unlike the more traditional Lightning Magic, the caster will begin to move the electrons that they manifest through the modification of their magical power and eternano, maneuvering and shaping them to the point that they are compacted tightly together but are still able to move around in a relatively free manner. By doing this, the user is able to manipulate the newly highly-malleable lightning in accordance to their thoughts, feelings, and imagination, enabling it to transition into an entirely new form, reshaping it into whatever they can imagine.

This allows the user to essentially expand, shape and solidify the lightning into anything they wish at a whim, whether it be weapons for certain offensive measures, all sorts of creatures that function in a similar manner to Celestial Spirit Magic or Familiars, armour to bolster defensive capabilities, or even more mundane, everyday items such as chairs, tables, and keys, though it should be taken into consideration that the last one is generally not recommended as it's often seen as a complete waste of time; effectively, Lightning-Make, like all other forms of Molding Magics, finds its basis in the caster's imagination, causing it to be referred to as an elemental variant of Arc of Embodiment, because as long as the user is imaginative, they are capable of producing virtually anything that they wish, giving them a capacity to create that is virtually unmatched. By striking a certain pose during the activation sequence which involves the caster slamming a clenched fist into an open palm, the user is able to create stable and multiple objects through their lightning. Due to both hands being used to control the amount of energy used, it is able to take less amounts of time to achieve a higher degree of mastery than most other forms of Molding Magic. Of course, just like other forms of Molding Magic, there are two known types of Lightning-Make. The first one is called Static Lightning-Make; "Static" referring to how once created, it does not change unless through the interference of an outside source. The Static type of Lightning-Make is characterized by the creation of inanimate objects, such as weapons, or by affecting the environment around them. The second type is called Dynamic Lightning-Make; "Dynamic" referring to how it is always in motion once created. This type of Lightning-Make focuses on creating animate structures of lightning, usually in the form of animals; though human body parts and the like can also be formed. Dynamic Lightning-Make is said to be cast at a swifter velocity than Static Lightning-Make; however, while both styles of Lightning-Make have their own pros and cons, there is no clear "superior", leaving the matter of which style is "stronger" up to the individual user. 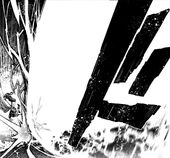 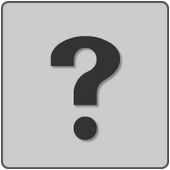 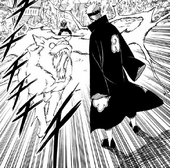 Retrieved from "https://fairytailfanon.fandom.com/wiki/Lightning-Make?oldid=622213"
Community content is available under CC-BY-SA unless otherwise noted.