Lysiloma is a port city located to the north of the capitol city Hylion and is the closest city to Yoshino. This grand city is represented by Rin Yoichi and A-on of the Toranku 15.

Lysiloma is a beautiful, massive port city with an amazing view of the ocean for it's inhabitants that near the 100,000's. This city of commerce sees people of different varieties from all over Hylion from it being one of the main exporters of sea food and various minerals. Not only does Lysiloma trade with other cities through land, but they also take their endeavors to the seas, as most of the time, the port is bustled with boats of all kinds and sizes from all over the world. With the help of the Toranku 15 representives and the naval fleet stationed here in the city, things are kept with minimal to no altercations. Crime is not a big issue in this city, but it isn't non existent either as dark guilds have started to form near the mountains that seperate Yoshino and Lysiloma, who's only goal is to get rich of the hard working people of Lysiloma. To the east of the city, large mountains could be seen from the city, where much of the mining of minerals take place. and to the North East, the City of Oridono is located. Lysiloma is riddled with shops throughout the whole city making it possible to almost find everything you might ever need or want. The people are hard working and loving who usually always have a big smile on their face, for the most part. Every year, festivals and events take place that light up the nights showing the true beauty of the city, which is it's people coming together to create amazing things.

Lysiloma is one of the few, if not the only city that has soldiers of Hylion that reside in the city as part of the naval fleet that oversees the vast oceans. They make sure all port cities are kept safe from would be assailants or oversee trades at the behest of merchants to make sure there is no foul play, or possible pirates and of course the numerous monsters that make the oceans their home. Though not all soldiers are Wizards, there are a few amongst their ranks, that are in charge of the more dangerous aspects of the job. The Naval Fleets stationed in Lysiloma are run by four captains, who report everything to the representatives of the city. Having weekly meetings to make sure everything is sailing smoothly. The four captains were known as Shark Tank which was their former name of their Naval Fleet, But now they are Known as CrwN. Which is due to the new addition to the fleet and new captain Ura Fulgur, who despite not knowing who he is, except his name, has demonstrated great strength and wisdom and was allowed into the fleet by Rin and Ren, who have their suspicions that Ura might be from an alternate world known as Earthland, though they have decided to keep this information from the T-15. The naval fleet reaches to about 300 members each split between the four captains. Though most of the soldiers are people without magic, they are able to use the magical items to aid them in their cause. 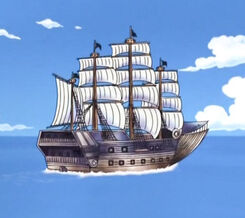 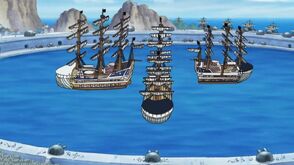 Deep beneath the city of Lysiloma, lies a city wide system of catacombs built in ancient times. In here many treasure lay yet to be discovered. The catacombs have actually been kept a secret from the people and even from the Toranku 15, ever since found by A-on and Rin. The only ones to know of this place is them and three captains Rin,Hazama and Amber. Deciding to keep it from Ura do to the fact a malicious entity resides within the elaborate maze of the catacombs. Mainly do to the large picture found near the center. 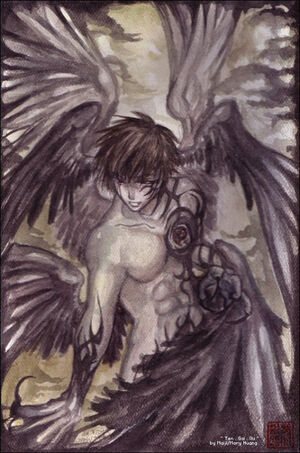 These catacoms through time, have been completely cleared of all monsters and most parts that have become to dangerous to tread through have been sealed off. Rin making this place a safe house for all the people of Lysiloma incase a tragedy were to ever break out. With numerous routes leading to the outside of the city. Though much of it has been explored, it still houses many secrets and many treasures. One being the sword of light that is the only way to stop the malicious entity.

Tournament: Every two years a special tournament is held, to crown a city champion. During this time, many food stands and games are placed at the east end of the city, much like a carnival. Though many people from all around to come to take place in the tournament only 20 participants are allowed to enter. So this tournament starts out with a race from the port to the edge of the city. The first 20 to make it to the finish line, enter the tournament. this event is still not very known yet among the rest of Hylion, but it is an event all the people of Lysiloma look forward to. Before taking his place as representitive of Lysiloma, Rin was a two time champion, then retiring his status as champion and joining A-on to be representitive. These champions get nothing but bragging rights and a small cash reward, donated from a small percentage of the proceeds from the food stands and games.

Muertos Festival: This is a festival celebrating the lives of those already lost. This festival taking two whole days to celebrate, by dining, dancing and spending time with family out in the open during it's beautiful nights where the stars shine the brightest. Volunteers from the shops, come and prepare food stands as well as prepare entertainment like singing and dancing throughout most of the city. On the second day, when the Festival is at it's end, People will gather at the port to relase flying lanterns, with a few words written on them as if the lantern would carry their message to their loved ones in the sky. Of course all things that go up must come down, and it's the job of the volunteers to make sure they pick up all the lanterns that have made it to the oceans.

The Light Came from the Seas

Retrieved from "https://fairytailfanon.fandom.com/wiki/Lysiloma?oldid=447389"
Community content is available under CC-BY-SA unless otherwise noted.