All Celestial Spirits are named after a different astronomical constellation.

When a Celestial Spirit Mage receives a Key and opens its Celestial Gate for the first time, they have to set up a contract with the respective spirit. This contract consists of asking the spirit which days it can be summoned by the Mage. This simple agreement, much to the shock of Natsu and Happy, forms a dedicated, serious bond between the Spirit and summoner. However, under certain circumstances, i.e. during battle, a contract can be asked to be completed later.

Contracts can be broken if the Mage gets arrested, releases the spirit by him/her self, or dies. When a Celestial Spirit Mage summons a spirit, it appears directly next to them, as that's where the gates to the Spirit world had been opened. It's impossible to summon spirits elsewhere. The spirits must also abide by certain rules enforced by the Celestial Spirit King. The only rule that has been introduced in Fairy Tail so far is that a spirit may not directly or indirectly kill its summoner under any circumstances.

When the gates are closed, it is required from both the summoner and the spirit to agree upon the gate's closure. However, spirits can also be "forced closed" in battle, which means they can be forced back into the Celestial World by the summoner's will, though not every Celestial Spirit Mage is capable of doing that.

Celestial Spirits also have different categories of sorts, that fall under the basic summoning conditions from their owner. For example, Loke summons himself most of the time without Lucy doing so herself, Virgo also has summoned herself once, as have Gemini and Horologium and if trust between the Celestial Spirit and the Owner is not an issue, contracts can be temporarily dissolved. It also seems that if the Celestial Spirit is strong enough, they can use their own Magic to stay in the Human World, when/if the contract is not in action. The strength of the Celestial Spirits is affected by the Magical strength of their summoner as Lucy once said that her spirits could become even stronger than Natsu if she trained more.

Relationship with Other Spirits

Celestial Spirits all possess a "title" referring to their respective constellation and upon being exiled, Red Spirits are stripped of their title and granted a new title where They bear the name Disgraced (恥 Haji). A list of titles are shown below 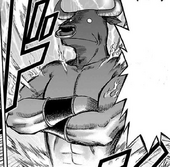 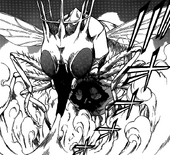 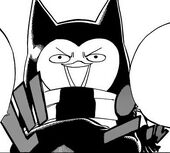 Retrieved from "https://fairytailfanon.fandom.com/wiki/Red_Key_Celestial_Spirits?oldid=265927"
Community content is available under CC-BY-SA unless otherwise noted.