"I love the Winter. When it snows, it covers the bodies..."

Reitanna (冷淡な Reitan'na) is a female S-Class Mage of the guild Griffin Heart. She specializes in ice-related magic and was nicknamed the Winter Witch (冬の魔女 Fuyu no majo) because of it. She is a successful actress and model. Reitanna also secretly acts a member of Olympic Torch being the Rho Ρ ρ of the team.

1 of 2
Add photo
Reitanna is a strikingly beautiful young woman with a tall, slender figure, long platinum blonde hair that reaches a few inches above her elbows, blue eyes, and pale skin with a light dusting of freckles. In her everyday clothes, she wore a teal dress with a sweetheart bodice with bronze lacing, black sleeves and magenta cape, and her hair was kept back in a French braided crown twist bun.

In her mission outfit, Reitanna wears her hair in a left side braid woven with snowflake incrustations, and wisps of her bangs slicked back on top of her head. She wears a crystal-blue, off-the-shoulder dress made out of ice with a right knee-high slit, a crystallized bodice, powder blue sleeves and ice high heels. At the back of her bodice is a long, transparent cape of sheer ice draped down from her sleeves and decorated with big snowflakes.

Reitanna is a calm and focused woman who knows what she wants. To some, she might seem icy and cold-hearted, but Reitanna is a really nice and caring person who enjoys helping others. Reitanna is more of a thinker and uses her magic in unexpected ways. Her quiet demeanor can mislead some onto thinking she is weak but her mean side can be turned on with the flick of a switch.

Reitanna seems to have a sense of humor that most find the opposite of funny. She uses jokes to "break the ice" and although everyone knows they're not funny (including herself), she tells them anyway. She oftens uses puns when battling.

Reitanna grew up in a town in Iceberg and had an immediate affinity for ice-related magics. Unfortunately, her hometown was destroyed by an unknown beast and her parents were killed. As one of the older kids in her town, she became their leader and defender from marauders. Over the years, she helped rebuild the town out of ice and became their savior. One night, she had a terrible nightmare and subconsciously froze everyone in the rebuilt town. Scared, she left the icy graveyard and ended up in Fiore.

Reitanna found herself doing oddball jobs here and there and living paycheck to paycheck. While traveling through Crocus, Fiore, Reitanna was approached by the booking agent, Tal Enthunter, who claimed she was a "diamond in the rough" for modelling. Reitanna, needing the money, accepted the offer and became a small time model. She became an overnight superstar. Neither of the two were expecting her to blow up so fast. While the iron was still hot,Tal Enthunter pushed Reitanna to expand her horizons and she participated in three consecutive hit movies.

Reitanna appreciated the fame and the fortune, but she didn't let it go to her head by reminding herself of her past. Unfortunately for her, the same past she tried to bury came back to hunt her. A man introduced himself as Alpha Α α. He blackmailed her into becoming Rho Ρ ρ for Olympic Torch and she had no choice but to accept it. To keep it a secret, he convinced her to join a lowkey guild of her choice. Reitanna chose Griffin Heart, which surprised the entire world, due to it being rather small and in Crocus.

She continued to due her work with the hidden intention of somehow finding a way out of her sticky situation.

High Intellect: Reitanna is a wise woman with experience and knowledge on a lot of things.

Ice-Make (氷の造形魔法 (アイスメイク), Aisu Meiku lit. Ice Molding Magic) is a Caster-Type magic which utilizes the element of ice. Usually beginning with the command "Ice Make!" The user can create a variety of objects out of ice to be used offensively or defensively. Outside of combat, the user can also change his surroundings using ice, such as covering the ground with ice. This is a type of Element Maker Magic.

Snow Magic (雪魔法 Yuki Mahō) is an Elemental Caster Type Magic that revolves around the use of generating snow.

Durability: Reitanna can't afford to take many hits, after all, she is a super model/actress. If she feels she can't defeat her opponent quickly, she will forfeit the match. 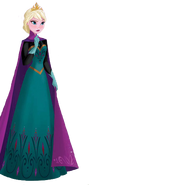 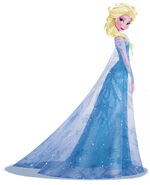 Add a photo to this gallery
Retrieved from "https://fairytailfanon.fandom.com/wiki/Reitanna?oldid=317032"
Community content is available under CC-BY-SA unless otherwise noted.