Renzo Hakashi (レンゾ・ハカシ, Renzo Hakashi) is a member of Othrys' Six Titans of War. The other Titans often call him by "Renzy", although the name bothers him. With his use of Eye Magic, he is known to take down an enemy by just staring at them, thus, giving him the name "Eyes of Terror" (脅眼, Kyōgan). To honor his father, he prefers to be called "Chaos" (混沌, Konton).

Renzo is a muscular man standing at 5'8" ft tall and weight 280lbs. Renzo wears a black long-sleeve cloak that covered his most of his body up to the neck area. Under the cloak is an attire that includes a pair of black pants and gloves, with a black form-fitting shirt underneath. Around his waist he wears a simple, light-purple obi and a belt.

Renzo owns 2 masks. One has a hole for his right eye and has flame-like patterns on them, he is seen with this mask when patrolling. The other mask has two holes, for his left and right eye, he is usually seen with this mask when preparing for war. He wears these masks so his opponents doesn't recognize him. Renzo's masks are made of special materials that blocks out poisonous gases, it's perfect for going on missions with Blaine.

Renzo is a silent, intriguing man. He has a habit for observing everyone he meets, making sure they are a trustworthy person. He is a really good friend of Eleanor Valentine, it's rare to see Renzo with a friend.

He always had trouble having fun, due to his lack of humour. Even when fighting he can't seems to enjoy himself. He has claimed that he never wanted to be a terrorist, he just wanted to fulfill his father's wish: help Othrys become the best.

Not much is known about Renzo's past before he joined Othrys. It is said that he traveled to many places to learn the magics that he has right now.

When he came to Othrys, Cronus was impressed of how he managed to get through the security system without a scratch. It wasn't long before he actually became a Titan of War.

Master Hand-to-Hand Combatant - Renzo was able to show his combat capabilities without using magic through many training with his soldiers. However, he lacks fighting skills because of his boredom keeping him from training like he usually does.

Weapon Specialist - Renzo can be pretty resourceful at times, wielding two kunais in each hand and is able to go head on with a master swordman.

Immense Magical Power - As a Titan of War, Renzo possesses tremendous magic power. He was able to activate and deactivate his eye magics instantly without a sign of exhaustion.

Shinobi Art - A fighting style that serves as a shinobi's main form of combat. This fighting style gives the user the mystical, mental, and physical abilities that have made shinobi famous throughout Earth Land. The physical and mental abilities usually revolve around espionage, sabotage, assassination, etc. While the mystical abilities revolve around using magic power in order to perform feats such as: turn invisible, use magic power-based attacks, shapeshift, create clones, create illusions, summon animals, and have control over the four basic elements.

Emperor Eye is a Holder Magic and a form of Eye Magic capable of anticipating another's movements and manipulating their mind. Emperor Eye grants the user an immense amount of claritive perception allowing them to read lips and other body parts like the eyes, mimic another's body movements all most without any difference and use a very discrete form of non-verbal communication with other users of this magic. These attributes also transfer to combat; allowing the user to see fast-moving objects and by carefully analysing an opponents body and movements, such as the slightest tense in a muscle, they can anticipate that opponents next move and act accordingly. The user may also have other abilities which vary between the users.

Great Fan - A large fan Renzo carry around that is usually strapped to his back. He utilize his Wind Magic with this fan. 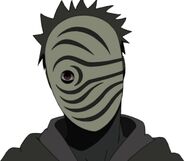 Renzo's House northwest of Othrys
Add a photo to this gallery

Retrieved from "https://fairytailfanon.fandom.com/wiki/Renzo_Hakashi?oldid=432911"
Community content is available under CC-BY-SA unless otherwise noted.