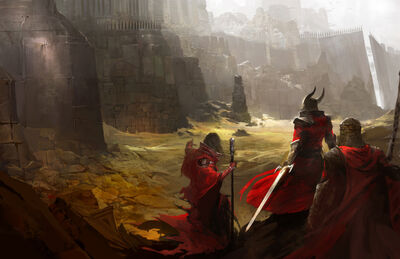 Set Out! Is the first official arc of The Tale of Team Moon Drop, the second arc in a chronological order. It takes place approximately 7 years after the prologue [Making Silas 19]. It follows the journey of Mithra and Silas, as they meet the Godspell siblings and eventually form a team of their own. This arc will start a long series of events, but more importantly:

To see the series' index: The Tale of Team Moon Drop

Chapter 5. The Devil Inside

The chapters marked with an Astrix indicate that while the chapters are canon, they do not necessarily have to be read to understand the plot line

The planning of this arc was particularly difficult, as I already have a general idea of what the final arc will be about, making sure that this arc would make sense in the end took allot of work (Still trying to figure out bits and pieces)

Retrieved from "https://fairytailfanon.fandom.com/wiki/Set_Out!?oldid=104293"
Community content is available under CC-BY-SA unless otherwise noted.