He has an extremely handsome face, with blue eyes, blue hair, very fair skin and slim built. He stands at 5'8" tall and weighs 72 kg. He doesn't mind much of his long hair, but keeps it at that length. When he was still under the care of his meticulous and rich parents, he wears a closed black jacket with a matching blue tie and a long light blue scarf. He also wears dark brown formal shoes. When he left his home, he started to wear a long white coat with blue and yellow stripes that reaches down to his knees, a very long blue scarf, brown pants and large white and blue shoes. During cold days, he replaces his scarf with a navy blue cloak.

He is the kind and cheerful type of guy. He barely gets angry, only upset. He lived a very noble and formal life, which led to his very little knowledge of the outside world. He always wanted to go out and be the person he wanted to be. But due to the pressuring of his parents, he never got the chance, or so he thought. During that time, he was scared of what will happen to him if he sets out alone on his own journey and that he self-pitied himself. But upon realizing that he has the freedom to leave his home and that he can take care of himself, he became determined and confident.

Its his main form of magic. He currently wields seven keys: 4 Gold keys which are of the Zodiac Spirits and 3 Silver keys. He has made contracts with them and is able to be summoned in battle or when he wants to talk or have fun with them. In an obstacle or situation, he thinks of every possible use of his spirits to bring out the best in them not only in combat.

Its a rare kind of magic passed on to him by his mother, Macaria. It allows him to pour magical energy into the target's wounds, which then is converted into the victim's own magical energy and as such they become healed. He is still training to do this magic properly.

Aroundight: Aroundight is his bow and arrows. The bow is large and made of strong wood while the arrows are made of metal, including the arrowhead. He uses it to shoot enemies from a distance.

Siegfried in his alternative clothing. 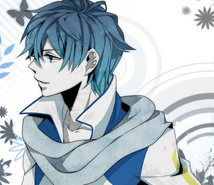 Siegfried in his formal clothes. 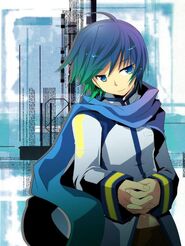 Retrieved from "https://fairytailfanon.fandom.com/wiki/Siegfried_Leonhart?oldid=130543"
Community content is available under CC-BY-SA unless otherwise noted.