Sting as he defeats a dark mage.Are you going to just abandon your comrades? You really are scum...

Sting is a slim, yet muscular, toned young man of average height with blond hair, which is kept in spiky strands jutting outwards in every direction, and a smaller, frontal tuft of hair partially hanging on his forehead. He has slanted dark eyes, and above the right one is a thin diagonal scar. His left ear is adorned with an earring which, in itself, is attached to by a prominent metal pendant. His dark Sabertooth Mark is located on his left shoulder. As he is a Dragon Slayer, Sting possesses distinctively sharp canine teeth. During the Grand Magic Games final day, he wears a black open jacket with two white belts, white slim pants, and black boots.

Sting dons a blue vest with golden outer edges and inner edges covered by a prominent trimming of grey fur over a short, cream top, leaving his muscular upper abdominals exposed. His arms are covered by dark blue gloves reaching up to his mid-bicep, with their upper edges being adorned by light grey bands hanging down several centimeters. He wears loose, cream-colored pants, similar to Natsu's, but held up by suspenders, which are attached to the pants' loops by square-shaped rings. Over them, he dons distinctive dark blue galosh-esque footwear that reaches up to his thighs and attaches to the upper edge of his pants. The prominent soles of the "boots" are distinctive in their own right, they have rectangular protrusions pointing upwards on their front portion, reminiscent of square fangs.

After leaving Sabertooth and becoming a High Officer Trainer at the Branch N-3, he changes his clothes, now wearing a white coat-jacket with a sleeved blue shirt, black gloves, large white pants and black boots. In physical appearance, he gains a dark goatee, and stubble on his upper lip, he becomes taller and gains more scar at his chest due to his training. He also carries a package of cigars at his jacket.

Note: To see the canon history of Sting Eucliffe please refer to this link

White Dragon Slayer Magic (白の滅竜魔法 Haku no Metsuryū Mahō): A form of Dragon Slayer Magic which allows Sting to transform the physiology of his body into that of the White Dragon, allowing him to generate and manipulate light to his every whim. Unlike standard Light Magic, however, the White Dragon Slayer's element has been described as being "holy", with Sting remarking that his opponents suffer the "judgement of the holy white". While Dragon Slayers have the ability to consume their Magic's element to replenish their strength; for unknown reasons, Sting was able to eat a metal arrow, despite his Magic's element being light. As a Third Generation Dragon Slayer, Sting derives his Magic from two sources: the teachings of the Dragon named Weisslogia and from the Dragon Lacrima implanted in his body.

White Drive (ホワイト・ドライブ Howaito Doraibu): A technique which, according to Mavis Vermilion, amplifies Sting's Magic abilities, completely cloaking his body with an aura of bright light, allowing him to better employ his Dragon Slayer Magic whilst at the same time seemingly enhancing his physical prowess to a degree, particularly his speed. According to Sting himself, White Drive harnesses "the power that kills Dragons", and it indeed allowed the White Dragon Slayer to momentarily overwhelm Natsu Dragneel, who had him completely outmatched beforehand. This state either grants Sting the ability to perform new spells or makes them stronger, as the Sabertooth Mage has been shown employing several skills only while in said Drive.

Dragon Force ( Doragon Fōsu lit. Dragon's Power): Being a product of the Third Generation of Dragon Slayers, Sting is capable of entering the most advanced state a Dragon Slayer can achieve at his will, without the need to consume strong, external sources of Magic. Such a feat greatly surprised several individuals who have intimate knowledge of Dragon Slayer Magic. Upon entering this state, Sting's body becomes much more akin to an actual White Dragon's, with his whole body becoming cloaked in an aura of light even more brilliant than that generated by White Drive, and with pure white scales appearing to cover the outer edges of his face and extending down from the side of his neck to the rest of his body. These are shown to be more and more uniform as they get farther from the central portion of his body, which instead bear several scattered, distinct scales, elongated and placed diagonally.

Sting to a newbie of the Training Branch.Do you want to be my servant?! Then I will accept you as my comrade! 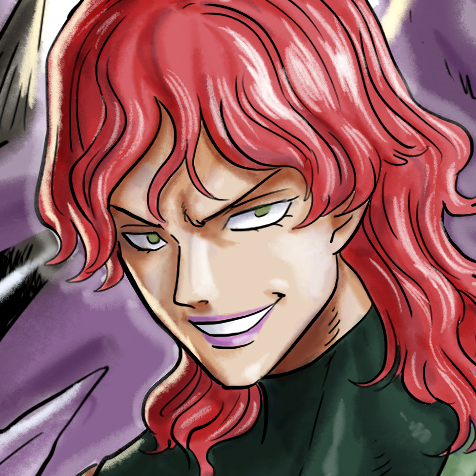 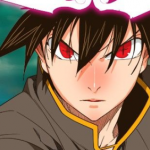 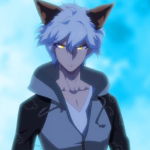