Take Over: Daemon Soul (, Teiku Ōbā: Dēmon Sōru lit. Confiscation: Devil) is a Take Over spell that enables the user to transform into a demon.

Take Over: Daemon Soul is a pretty standard Take Over form, where the user utilizes their magic in order to assimilate and reproduce the powers and forms of various beings of demonkind; it is said that Daemon Soul is the "original form" of the vastly inferior Satan Soul, as the latter is referred to as nothing but a mere subspecies of Daemon Soul. However, Daemon Soul is peculiar among Take Over Souls as the user requires the "Demon Factor", a special attribute that is distributed among one in every thousand magicians. The Demon Factor enables the user to mostly negate the effects of demonic energies. In any case, Daemon Soul is one of the most varied types of Take Over Souls; as the term 'daemon' can apply to numerous organisms, and there are multiple types and classifications of devils.

As with many other iterations of Take Over, Daemon Soul grants the user a variety of different abilities such as flight, enhanced speed, strength, and reflexes, along with typical demon-related powers such as flame and darkness manipulation; most of the time. Another ability granted by Daemon Soul, shared by all iterations of the form is the power to leap into the soul of another demon in the heat of battle, and then flare their magical power up in order to subjugate their very existence, enabling the user to control the demon like it was a puppet through a sort of possession, or simply obliterate the target from the inside out without taking upon its form. As mentioned above, since there are numerous species of demons whom roam the lands, Daemon Soul has countless versions- there is no such thing as a Take Over Soul of this type that is exactly the same as the other, totally not an excuse to not put any more work in to the ability section. 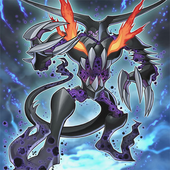 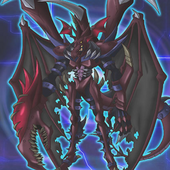 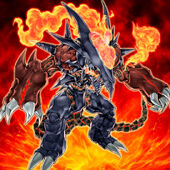 Retrieved from "https://fairytailfanon.fandom.com/wiki/Take_Over:_Daemon_Soul_(Per)?oldid=421045"
Community content is available under CC-BY-SA unless otherwise noted.