Take Over: Machina Soul (, Teiku Ōbā Makina Sōru lit. Confiscation: Machine) is a Caster Magic and a form of Take Over; as the name ever-so-subtly suggests, it enables the user to take the form of various machinery-based beings.

Take Over: Machina Soul works differently to many other types of Take Over Magics- as normal Take Over Magics assimilate living beings and grant the user the ability to take upon the form of the absorbed organism, Machina Soul is something completely out of the ordinary. Machina Soul itself cannot assimilate living beings unless the user takes advantage of a certain loophole, but instead, it absorbs the opposite of the organic- the inorganic, limited to machinery in this case. Machina Soul is put into motion by the user coming into contact with machinery of any kind- the moment that the user makes bodily contact with machinery, the Take Over will begin to absorb it at a rapid pace similar to ferrokinesis- this absorption also has a special effect on machinery that is built to serve a specific function.

In any case, when performing Machina Soul, the user absorbs the machinery of their choice and, using magical manipulation, they break every single component of the target down to bits and pieces, reshaping it around their bodies in a form most fitting for themselves; essentially taking their capabilities and assets for themselves. The special functions of machinery are replicated perfectly by granting the user of Machina Soul a magic equivalent- for example, if the user assimilates a computer, they will be granted a form of Archive. However, in some cases, the user can harness the power of the machinery absorbed normally; allowing them to use the machinery constructed around their body as tools, objects, weapons and other items; the uses are virtually unlimited and every Machina Soul is wildly different. However, Machina Soul is also weak to electricity and magnetism.

Because the terms 'inorganic' and 'machinery' have multiple interpretations; Machina Soul can absorb almost any kind of non-living, metal material and fashion it into a 'soul'; aka a mechanized armour in this case. While of course, every Machina Soul form differs from person to person, several users have their own 'styles', with Wang Long's Machina Souls being stylized after Ancient Greek soldiers and Jack Titus' Machina Souls being heavily based off of cyborgs. Additionally, Machina Soul can function the ol'-fashioned way- the caster can take over a sentiment machine and use their powers, as seen with the Wyrmborg. Users who have mastered this Take Over can use it for almost any situation, creating anything they need; and while it isn't the strongest Take Over, it certainly is one of the most versatile.

Power Tool Change (, Pawā Tsūru Chenji lit. Absolute Metal Subjugation): A standard ability of each Machina Soul is the ability to generate from nothing and manipulate metal in any way, shape, or form; this ability is also referred to as Ferrokinesis (, Ferokinesisu lit. Metal Power). The metals generated from Power Tool Change are generally malleable, as they can be hammered or pressed permanently out of shape without breaking or cracking, in addition to being capable of being fused or melted and drawn out into a thin wire. The user can also unleash metal attacks of various shapes and intensities, either projected, or used as a part of melee attacks similar to a Dragon Slayer Magic; forming weapons in a fashion similar to Metal-Molding Magic, though the structural strength of each construct formed through Power Tool Change is generally limited by the user's will. The user is capable of using Power Tool Change in order to continually draw metal from numerous sources to patch up their Machina Soul when they take damage, and use metal of any kind to grow even stronger, even incorporating numerous types of metal into their body for several different effects. Of course, as a major weakness, metal, and thus the user's ferrokinesis, is affected by everything that normal metals would be, although the user is perfectly able to use their power to return the metal in its original shape and controlling it even under highly-dense fire, which could melt the metal, ice that could turn the metal brittle, and being rusted. A special ability that the Machina Soul's Power Tool Change is capable of showing is that when it comes to people with cybernetic implants, the user of Machina Soul is able to tear them out and assimilate them, quite possibly severely hampering the opponent as the blood loss and loss of enhancements could cripple them. 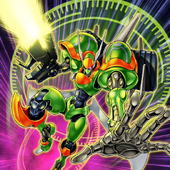 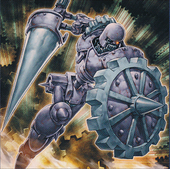 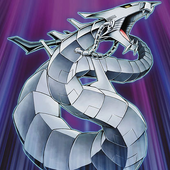 Retrieved from "https://fairytailfanon.fandom.com/wiki/Take_Over:_Machina_Soul_(Per)?oldid=434142"
Community content is available under CC-BY-SA unless otherwise noted.