Take Over: Marine Soul (, Teiku Ōbā: Marin Sōru lit. Confiscation: Marine Beasts) is a subspecies of Take Over: Animal Soul that deals with aquatic life, specifically the nasties somebody would encounter in the sea.

Take Over: Marine Soul is a Take Over Soul related to Animal Soul; which is supposedly the very first Take Over Soul. As the magic developed, Animal Soul branched out to form Beast Soul, which covers land-animals, and Marine Soul, which covers aquatic life. In order to initiate Take Over, the user must firstly defeat a living non-human being, and then grab ahold of it, surging their Magical Aura into the creature, using their magical energy to enter the beast's Magic Origin and overwhelm it, quickly replacing the target's magical energy with their own, resulting in the loss of magical power causing the body to break down into eternano particles and becoming absorbed into the user's own Magic Origin. As befitting of the name of the magic, Take Over: Marine Soul only works on beasts with watery origins; however, this is not constricted to simple, normal sea creatures, but also phantasmal cryptids who live in the depths of the ocean.

Again, as the name would indicate, Take Over: Marine Soul not only grants the user the typical boost in strength, speed, and durability, but the ability to breathe underwater. Indeed, their powers are magnified underwater, where almost any other being's power would be halved, whereas the strength of sea creatures is drastically enhanced while generally enabling them to take full control of the battle zone; midst of battle, these sea creatures can be considered unstoppable in their natural habitat - the sea. While normally, the boost in power granted by this Take Over would just be the bare minimum, when underwater, everything about the user's power is bolstered to enormous heights, as they can even overwhelm S-Class Magicians even if they were only normal level before their transformation. As with every Take Over, each sea creature that the user can become often have unique abilities, matching those of the species they are based on, that make them superior to normal magicians outside of the physical strength difference.

Water Magic (水系各種魔法, Mizu Kei Kakushu Mahō) is a type of Caster Magic which utilizes the element of water; it is a natural skill of most sea creatures. Water Magic is the manipulation of water conjured through magical power outside of the body, directed through limbs; in addition, Water Magic could be manipulation of existing water bodies. In order to harness Water Magic, the user must project their magical power outwards, using it to manipulate the temperature down to the level that allows water to manifest, before combining their magical power with the ambient eternano within the atmosphere in order to make that water a reality. In order to manifest Water Magic, the user is required to surge their magical energy into the equation so that the atoms rearrange to fit together; the process is dangerous, both requiring and releasing substantial amounts of magical energy. In addition, when forming water, the user's magical aura will contain it, making sure there is no overflow or such. It takes much more ability to create the water outside the body than to manipulate what is already available; but thankfully, the user is capable of generating water from nothing as long as there is hydrogen and oxygen in the vicinity. A Water Magic magician is able to manipulate water pressure, allowing their spells to grasp other objects or cutting through without simply parting around them. Since water is incompressible, it can be used as a semi-solid while being able to move and flow like a liquid. Water Magic, when harnessed in an offensive manner, seems to inflict harm from the sudden force that the spells exert, which would cause massive internal damage to a human. Depending on its use, the physical properties of water can be manipulated to the user's advantage; large masses of such liquid are shown to possess remarkable force, being usable to inflict blunt damage upon targets by sweeping them away with water. As they have become a sea creature, in Take Over: Marine Soul, the user has absolute dominance over the element of water, capable of shaping it into any form that they wish and absorbing it from the enemy and their spells; the user, in these forms, can take a few drops of water and launch them at such a velocity that the impact is as hard as a bullet; even the smallest of splashes can be a lethal strike. 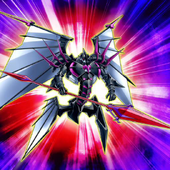 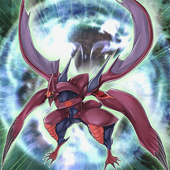 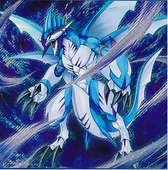 Retrieved from "https://fairytailfanon.fandom.com/wiki/Take_Over:_Marine_Soul_(Per)?oldid=357830"
Community content is available under CC-BY-SA unless otherwise noted.