The Fight Between Two Warriors:

Alex Wolftail awoke from bed in the Phantom Breaker's dorms and proceeded to head to the main hall of the complex. He sat down at a table to start eating his breakfast as he wonders what is he going to do today. "Man I haven't been able to relax in awhile," he said "I should get some R&R today." He soon got up and headed out the guild. "Okay now what do I do?" He wanders what he will do today. Alex, being lose in thought, wondered through the town as multiple people are there in huge crowds shopping, chatting, and eating. "Everyone is so lively. Maybe I should hit a night club or go by the bar and drink." He chuckled to himself as he ventured out further into the outskirts of the city. Isuka Mikakami took a walk through the forest. Hmm, He smiled as he saw a bird just flying. Alex looks straight ahead and stops when he sees the forest. "Aha! I am going to see what adventures lie in the forest! My own camping trip!" He says to himself as he runs towards the forest. "Hmm. I'm hungry. He pulled out a snack out his bag as he ate it in peace. I need something fun to do......," Isuka said. Alex walks past and rustles the bushes as he sees another person stand before him. "Who are you?" He asked curiously. "Who are you?" Isuka unsheathed his sword. "Woah chill out there!" Alex raised his hands. "My name is Alex Wolftail and I come from the guild Phantom Breaker. Who are you?" He asked.

☀"Assassins who expect to be seen wear masks. Wearing one would only provide me a great deal of discomfort rather than add additional secrecy. An assassin of my caliber doesn't exist purposely. Besides, I want them to see my face. To stare into my eyes as I drain their lives and add their shadows to my collection. It is what they deserve. I am nothing more than the Shinigami which delivers justice to the unjust. That's who i am!!" Alex just stands their confused. "Did I hit a nerve or something?," he is seemingly not intimidated "And you are a real assassin?" His facial expression turned into an interested one. "Maybe." Isuka said as he makes 4 mirages and sends them to Alex. Alex soon dispatches hem with his Shadow Phoenix Katana. "Okay then I guess this won't be so peaceful after all." Alex soon prepares his battle stance. "Moon Dog!" Isuka creates a gigantic dog and sends it out. "Shadow Phoenix Scream!" Alex launches a huge blast of shadows from his mouth at the dog to knock it back. "You got to do better than that!" Alex mocked Isuka. "Hmm. I see. Better use a transformation to counter this! Isuka transforms, into a pink, child sized, monster." Alex looks down at the weird transformation that took place. "What the heck?"

☀"He he hi hi hi hee. Me Isuka, kill you!" Alex giggles "Aww your so adorable." he continues to mock him and his short stature. "he ha ha he ha ha! He appears behind Alex and uses a blast." Alex narrowly avoids it. "Ugh you brat." He goes into his royal shadow force. "You asked for it," Alex says while cracking his knuckles. "You weakling come at me! As Alex comes to him, they both fight on par, until Isuka hit a weak spot." Alex backs up then appears behind Isuka using Phoenix Shift and gives Isuka a Shadow Phoenix Punch followed by a Shadow Phoenix Kick to the mid section. Hahahaa.... HA! He charges up a gigantic Death Ball and uses Teleport to surprise Alex. Alex turns around and he chants Phoenix Shadow Clone to summon a doppelganger to take the hit. "Do you know who you are dealing with?" Alex's mood suddenly shifted towards being jolly to being annoyed. Hmm. Isuka uses Instant Teleport to fights Alex by throwing punches everywhere which Alex cant block every time. He overpowers Alex eventually and gets him out of his Shadow Force he then makes knocks out Alex with a chop to the neck. Alex catches the chop. "Enough!" Alex goes into Phoenix Force and all of his damage is healed. "Ultimate Shadow Phoenix Scream!!!!," Alex absorbs shadows into his mouth and blasts Isuka from point blank range and sends him flying. "Idiot." Alex wipes his mouth"Guess that is enough camping for me today." He soon walks off after that encounter and heads back to the guild so he he can get some rest for the next day's adventures. You're the idiot! He comes up to Alex and stabs him point blank. Alex has blood all over and Isuka leaves. Alex grabs the sword. "Hey!" gives Isuka a punch before he leaves as the whole in my body slowly closes up. "I won't be that easily defeated." Hmm! He gives Alex a firm punch knocking him back a far distance, and Isuka flies away. Alex quickly lands on his feet. "Damn sun down I gotta hurry back to the Guild before Angel and the others think I am missing. Until next time Assassin." Alex said as he reverted to normal and walks away. 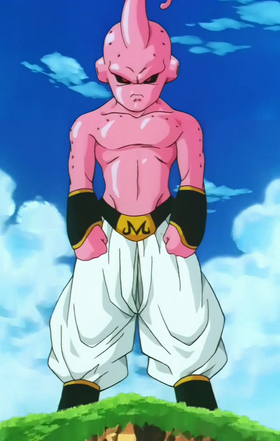 Retrieved from "https://fairytailfanon.fandom.com/wiki/The_Fight_between_Two_Warriors!?oldid=294263"
Community content is available under CC-BY-SA unless otherwise noted.