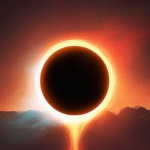 Hello I'm Black Dwarf Star, a Fairy Tail fan, writer, and overall kind of a nerd. For example a black dwarf star is actually a star that died several millions of years ago and is so old that it turned from the usual white to black, but our galaxy isn't old enough to have any of those yet. So why not check out some of my stuff by checking the shameless plug section below. I hope everyone has a good day, because you never know how much longer your life will last. *evilly chuckles*

Anyways I'm open to collaborations and such. If you want to do something with one of my characters, just ask, I'll be happy to collaborate and that's the thing I want to do the most on this wiki. I'm also very patient and will be willing to wait for you to update your part of the collab even if it takes a while (I'm very understanding). All I ask is that you treat me with respect.

If you defeat any of these characters in an rp, one on one, you need to depower your own character.

My Characters and Organizations

Legion Under the Black Sun

Steven Infinity and his Chosen Ones

My Races and Creatures

My Magics and Curses

My Locations and Realms

Retrieved from "https://fairytailfanon.fandom.com/wiki/User:Black_Dwarf_Star?oldid=588273"
Community content is available under CC-BY-SA unless otherwise noted.