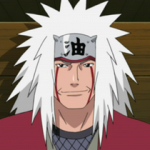 Hello readers, my name is Boredfan1 but you already knew that. What you probably don't know is that I've been with Wikia for about three years, starting on the Fable Wiki and from there found my way to the wikia narutoverse where I role played on a wiki for the first time on the wiki called Naruto Fanon however, that was short lived and before I got banned because a few of the admins at the time were bad admins e.g banning me just for disagreeing....I was invited to join my current main wiki, Naruto-Faon Central where a majority of my writing skills were developed at. I did eventually get unbanned but that and the drastically different mechanic of how their wiki works in terms of well, pretty much everything, I just lost any desire to return. But Wikia was not the first place I started roleplaying, I actually started roleplaying for the first time on the forums for a game called RuneScape though such a small few were able to even come close to the skill of this wiki's best. I didn't really learn much from them, mostly roleplaying terms. To conclude this introduction, I'll say this; I don't really edit on many wikis, mostly the Bleach Fanon wiki and Naruto-Fanon Central however, I do pop in on chat of a few other wikis such as Naruto Fanon (rare these days, I don't like their chaotic way of chatting) and the Fairytail Wiki.

So I've decided to leave because long story short, I'm sick of many of the regulars here who demonize me and who themselves are pains in the ass and they know who they are but also because of the issue of disorganization though at one time, it was mainly because of disorganization. With several conflicts under my belt, I just couldn't be productive if I stayed here as it only stressed me out, making my days just another day of doing nothing. That's the long story short. But I'll be on my main wiki, Naruto Fanon Central so feel free to drop in and chat whenever.

Retrieved from "https://fairytailfanon.fandom.com/wiki/User:Boredfan1?oldid=381732"
Community content is available under CC-BY-SA unless otherwise noted.