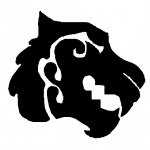 Hello <insert name here>, my name is Shelby! Although you probably know me more as Lady Komainu on here. To tell you a little about myself, I am a 23 year old girl who is running through life without trying to fall flat on her face. So far I think I have done a pretty good job at it, but who knows what's coming. I fell in love with anime probably around middle school, with Naruto carrying me into the anime universe fueled by strong lessons in friendship and life. With weekend mornings filled with watching this gutsy ninja on Cartoon Network, I was quickly sucked into the realm of Shonen animes; following up my Naruto kick with the likes of Shippuden, Bleach, Attack on Titan, Sword Art Online, and the likes.

The funny thing is I didn't even know about Fairy Tail until my junior year of college, and it basically grabbed me by the arm and pulled me towards the guild I would later call my home. I actually found it out by looking through the collective section on the comedy app Ifunny, and I was curious as to what it was so I decided to look it up on YouTube. This lead to two straight weeks of watching the entire series thus far on my laptop. Somehow I managed to stumble across the fanon wiki in my search for answers about the Tartaros Arc (yes I spoil things for myself, whatever), and I thought it would be a really fun idea to try and make a guild myself. I was a bit hesitant on seeing if people would actually join up with me, because unlike some users on here, I find the fun in this universe coming from the sharing of ideas with other people. Creating something special with people whom you share a love with. And so I put a post out into the Ifunny world and got a good handful of people who wanted to join my guild already! These people would later become the friends with whom I would share all day with talking on kik, as well as creating exciting and entertaining stories with. Now my guild Koma Inu has become one of the largest guilds on the site (if not the largest)! For that I am eternally grateful and will cherish the bonds I have made through this platform.

To those of you that have read this far, I am surprise you are that interested in the boring stuff I have to say. So I suppose your reward will be more boring personal facts about me! Yayyyyy! So, I have made my way through the torturous world of college, majoring in Animal Science with a minor in Poultry Management. I current spend a good portion of my day as one of the 3 managers at a chicken hatchery here in central California. Yes, you read that right. I work with baby chickens all day. Some would say I am an expert on how to pick up chicks and raise cocks... ;) Anyways, when I am not at work I am usually dividing my time between my real world friends, and the amazing people I have met on here. I have a wonderful Yorkie named Koda and he is spoiled rotten. Lets see, I don't know what else to say that can flow really well in paragraph form so I'll just list some random trivia things about me.

Things I can do on my own time and update later

Retrieved from "https://fairytailfanon.fandom.com/wiki/User:Lady_Komainu?oldid=573075"
Community content is available under CC-BY-SA unless otherwise noted.