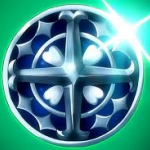 Whats up <insert name here> welcome to my page. You might know me as Ripcordkill345 though these days I just go by Jay. I'm currently one of the most active members on here, however i seriously doubt i'm one of the top members. I've just recently graduated from high school and right now i'm currently looking for any types of jobs.....by drowning myself into this website heheh heh. My goal in life is to go to an animation university so that i can study animation in the hopes to make anime as well as movies and video games. I once had an amazing girlfriend for the past 3 years but i guess she got tired of our long distance and moved on. I don't have any special talents except that i've been blessed with astounding creativity in fictional story telling.

I first became obsessed with fictional action shows back when I was about 7 years old when I caught my dad watching Justice League Unlimited on TV after that my hole life was about fictional superheroes, however i don't remember what i was like before that. Anyways I then discovered a website saying that the creators of Superman first started making him when they were just kids which got me the idea to make my own Heroes but i seriously doubt any of them will ever go public. This was how my character designing came in. I was then introduced to anime back when i was in 5th grade of elementary school and my friends were all die hard fans of Naruto. Of course back then I hated anime even though I never actually watched one, i thought if they weren't super heroes then it would be shit. Damn I was so wrong. I picked up my laptop and began watching Naruto just to see what it was like and i was hooked and sense then I was all about anime. I was later introduced to Fairy Tail by one of my close friends and current partner User:TheSpice. He's my go to guy for all interesting anime's even I keep saying their shit but watches them anyways and get hooked to it, but when he first showed Fairy Tail to me I was interested even though it was still subbed so I decided to get back to it when it gets out in dubbed and when it did i became obsessed. I watched it over and over again as more episodes came and as usual I then started making my own characters for Fairy Tail. Years later in the middle of huuuuuuge break of Fairy Tail after episode 175 I discovered Fairy Tail Fanon by looking up any type of online Fairy Tail videogames and after hours of searching i discovered Fairy Tail Fanon as one of the sites.......no i'm serious it was in a list of online games. Unfortunately I think my first day on here screwed me for life when i left the computer for an hour or 2 to fix my car to come back and finding my idiot sister typing stuff on here and later getting messages about the trouble she caused on my account.

Sorry about my boasting lets continue shall we. Once I was introduced to this website i first started off making my favorite Guild of my imagined Fairy Tail characters Warrior Angel Guild but then i began reading this amazing story called Fairy Tail: Paths of the Soul and now my goal for this website is to make my own amazing story for my guild and began making all the characters i need to do that. My guild hasn't gotten as many invitation requests as i would have liked but thats ok my main goal in this is to make my story for everyone to read not to make a popular guild.

This section is about the character pages i've encountered and admired on here that i've my goal to try to over come. Either by making a character stronger and better then them or by making my pages as great as they are even though i've failed miserably.

Retrieved from "https://fairytailfanon.fandom.com/wiki/User:Ripcordkill345?oldid=472101"
Community content is available under CC-BY-SA unless otherwise noted.