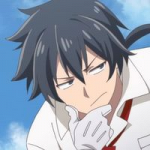 Yo! Welcome to my page, the user page of Zicoihno;
But, you can call me Zico. Here I tell a bit about myself and my interests, you know the deal.
I am a pretty chill guy. However, when it's necessary, I will lay down the hammer. Don't be a nuisance and we will get along just peachy.

Zico's Sandbox
As Said By the FTF

"The writer's gift can make us see ourselves and our morals differently than our reality suggests."

Hey, I am Zicoihno, but you can just call me Zico. I am an admin here on the Fariy Tail Fanon(FTF), but I am still a normal user, so feel free to casually ask for help anytime. I enjoy making new characters,groups, concepts etc. But above all have fun while doing it. I am doing my best to get better at making articles and stories. If you have a friendly critique for me, then tell me. It makes me happy to see more people come on this fanon and the huge increase in pages this year. Believe it or not when I made my first page there were only 9 pages, but now theres so many. I hope this continues and more people become proud members of the FTF.

Anyway, now onto me, outside of editing. I'm a rather nice person, and try to be understanding. I admit, I'm pretty hard headed with real world issues but here I'm more open on things. I'm a proud American, but my family hails from Jamaica -- but I simply identify as a Black American. I'm a big music person; listen to a variety of genres. But my favorite is Hip-Hop though. I'm a huge soccer fan, as well. Oh and I'm very blunt, so if you ask for my opinion....you're gonna get it without much of any sugar-coating. Also, I figure it's ideal to add this, unlike many on this site, FT is not one of my favorite manga. I enjoy it, but it's not something to put on my favorites list. Strange, isn't it?

If you want to RP with me, just ask.

My main storylines are Chronicles of a Mage and Fairy Tail: ARISE.

New Article
Some much loved quotes of mine. Some food for thought and others just good words to live by.

If you need to get in touch with me and can't here, I do happen to be on other wiki sites. Just shoot me a message if the time ever comes.

From top favorites lists to whatever else I feel like putting here.

</center>
Retrieved from "https://fairytailfanon.fandom.com/wiki/User:Zicoihno?oldid=395188"
Community content is available under CC-BY-SA unless otherwise noted.