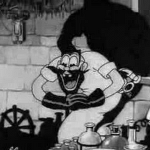 Hi, welcome to the Fairy Tail Fanon Wiki Scorpius.Water.Mage! Thanks for your edit to the Koma Inu Job Board page.

Getting started tends to be the hardest part for many new to any wiki, so here are some useful links to get you on your way here and clarify things for you.

You're Message On The Chat

"boredfan1: what kind of programs? Did you update your OS to 10 lately? hey guys I have a question:) I am trying to choose a third magic that makes a character seem like a crazed mass murdering f@*khead so far his original magic was water manipulation, then blood manipulation. I need a third one to make him very strong against a certain character in an arc i am doing."

Okay so if by program you are asking what show I was watching, it's called Person of Interest and what do you mean by OS? As for your question, in my opinion, you shouldn't make a character a certain why just to beat a certain character and if having three powerful types of magic can make your character overpowered. Now, if you decide to disregard that, maybe glass magic.=Lord of the bored, User:Boredfan1= 08:22, December 16, 2015 (UTC)

So, a war is coming up against Dragon Gunfire, and I wanted to know if you'd like to have Timothy Gusto take part.

@Ventus: I don't know really. I was just figuring, like the others, Yage finds Timothy somewhere and the fight starts I guess. What kind of magic does he have anyways? I would like to know what exactly the moves are and what I am up against? lolScorpius.Water.Mage (talk) 20:36, December 30, 2015 (UTC)Scorpius.Water.Mage

So, I was reading up about the guild and your character and noticed that while it says your team is a three man team, there is no other information I can find as there isn't even a team. I want to know as much as I can about the people I will be roleplaying with so could tell me about your team? Thanks in advance.=Lord of the bored, User:Boredfan1= 20:01, December 28, 2015 (UTC)

one month later.. I have reached 1k edits. Muahahah.

Hey Scorpius your move on the page!

So the next rounds have been posted for the Jigoku Games. I know your fight has yet to be reviewed, but the judges in charge of that are a bit busy right now to write. People will have until the 28th UTC to complete their fights. This is a battle between the five sentinels to see who will be the leader among you. I know this is one day shorter than the last round, so I apologize, but we want to wrap this up quick now that the 5 sentinels have been chosen. If you advance, it will be a 3 person fight for the title as leader. Best of luck! --Lady Komainu (talk) 18:08, February 22, 2016 (UTC)

So, we are to be partners once more. What would you like to call our threeway battle?

Mate, It's your turn.

I am creating a Crashing Wave Roleplay open to all of y'all on the GMG Team. It will be called We Could Be Champions: The Training of Crashing Wave (if the link is blue by the time you've seen this good.) Basically, the premise is that Silver and Ginto are presenting the Grand Magic Games participants to a training camp from hell. G

Also another thing, Ginto is my upcoming character for Crashing Wave, he is going to be one of the two first S-Class (yes, two S-Class mages will be elected after Nova and I plan that ish out. Also, Yes I am automatically electing him: He is an illusion mage/moon magic mage. The reason he is helping Silver is that he's going to force participants to deal with unsavory illusions. Want to read his intro? An Angel, Skeleton, and Ghost Walk Into a Temple. He's the villain.. turned good.|

Lastly, Good Luck Y'all Let's beat the shit out of those other guilds! (Don't hurt the Koma Inu folk too much)
Liza(The Queen Of Swords)

hey can i spar with your scorpius character

Stuff and get on chat

It's no problem at all and im not offended either. I completely understand. I honestly can't say im gonna be back like i used to but i will try especially for the s-class trials. Can't wait it will be sooo fun. The only thing i ask is that if i could keep the stealth guard page and change it to something else if possible. If you could ask Nova. --Zero "Crow" Isdeth (talk) 20:01, May 16, 2016 (UTC)

yeah, you can have permission to use Circus Magic

please let me know when you have the character up, it's always fun to see how others use similar magics

Sure, go ahead. Per

The beach story is up: An Oceanic Occasion- Koma Inu's Beach Trip!. I've made some headings for some activities that your character can do, plus it will help keep the page a bit more organized, so feel free to post on any of them. I'll be making the announcement for who made the GMG team on the 17th. --Lady Komainu (talk) 18:47, November 11, 2016 (UTC)

It was something I was writing before I left haha. It was supposed to be some trials that we could take to eventually face of against a dark entity we were supposed to eventually fight. I got permission to create an immortal so I thought it would be a great fight the stealth guard could undertake. I Just decided to try and finish it eventhough the team is no longer together. Zero "Crow" Isdeth (talk) 06:31, February 21, 2017 (UTC)

Hey. I have a huge favor to ask. If you are not too busy? Would you mind sparring against me? Any or your characters vs. Mao or Kaishi Maskara? I will fix them in about one day. Please and Thank You --Zero "Crow" Isdeth (talk) 03:08, February 26, 2017 (UTC)

Awesome that sounds good. It will be called When Devils Collide and if we just happen to encounter each other sounds good. Zero "Crow" Isdeth (talk) 07:15, March 1, 2017 (UTC)

Voting for Article of the Month!

Hi Scorpius! I'm Astro, we've never talked before and I just wanna say I really appreciate that you voted for Ariane this month! I didn't expect her to garner so much support when I made her and it means a lot that you would think she's worthy of this title. Thanks again for voting for her and I hope you have a superb day. Alraunism (talk) 05:21, January 25, 2018 (UTC)

Retrieved from "https://fairytailfanon.fandom.com/wiki/User_talk:Mad_Doctor_XXX?oldid=565506"
Community content is available under CC-BY-SA unless otherwise noted.